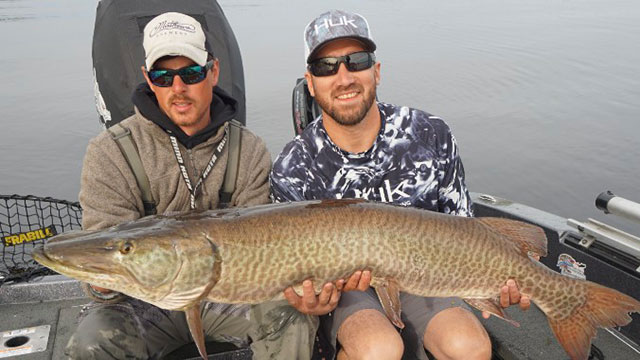 Catching a Muskie shouldn’t be something that is only fulfilled in dreams. Let me take the hours out of locating fish, give you the best equipment on the market and help you catch the fish you can brag about to your buddies for a lifetime. The Green Bay Muskie fisherie is one of the best in the world. Why? Most Muskie fisherman don’t keep what they catch. For most its for the respect of the fish and others it just doesn’t taste that good. The practice of catch and release with these lake giants ensures that for generations to come a sustainable population of Monster Muskies. For most just catching one of these elusive fish is considered a feat and trophy. For a true monster though, Muskies measuring over 50 inches are considered a fish of a lifetime. 50-56 inch muskies are truly the giants of the bay and are a very obtainable fish to catch. First part of June is a good target time as well as mid July into November. This offers plenty of time for you to choose a date that works for you.

Locations may include the Fox River, Suamico and Oconto. 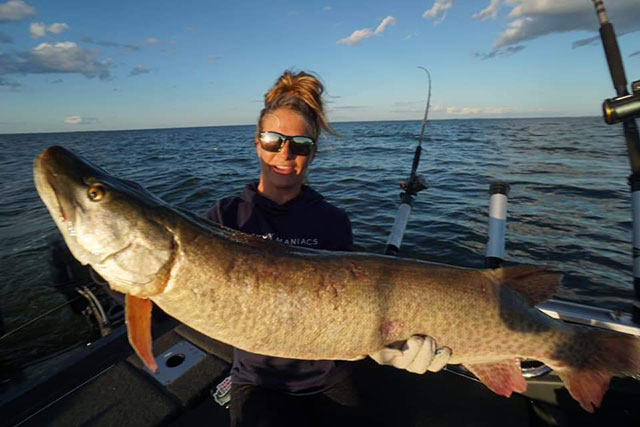 All Musky’s caught will be released with a NO KILL policy. No exceptions. Any muskys caught that you may want mounted will be photographed, measured and accurately documented. This will allow you to have a replica made by a taxidermist of choice or done by our recommended taxidermist https://mayestaxidermystudio.com/fish.html.
Remember Greenbay wouldn’t have one of the top producing fisheries in the world if we didn’t practice catch and release.